Canada’s Jacob ‘The Truth’ Taylor wins the final event of the season, the 9/11 Memorial tournament, with a 7-5 victory over Gary Mawson in Waterdown, Ontario. Mawson was in fine form all day. He opened his run with a win over Jason Watt 5-3, before breezing past Larry Butler 6-2 in round two. He followed […]

It was vintage Jim Long in Event 11, as he won the Galaxy Gold Cup and secured his second career CDC title with a 7-3 win over Stowe Buntz, who fell in the finals of both tournaments today. The London, Ontario man qualified for his first final since 2019 by sneaking by Louis Vessels 5-4 […]

Danny Baggish secured his second title of 2022, winning the Magic Darts Derby 7-3 over Stowe Buntz. Baggish was in excellent form from the get-go, averaging 95.9 for the tournament. He opened with a 5-0 win over James Solek and followed it with a 6-3 win over Keith Way. He then dispatched two of the […] 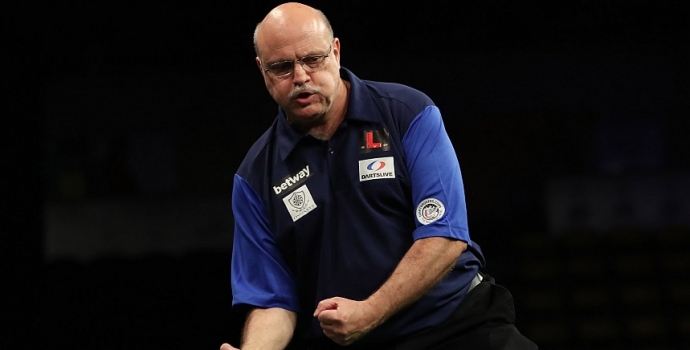